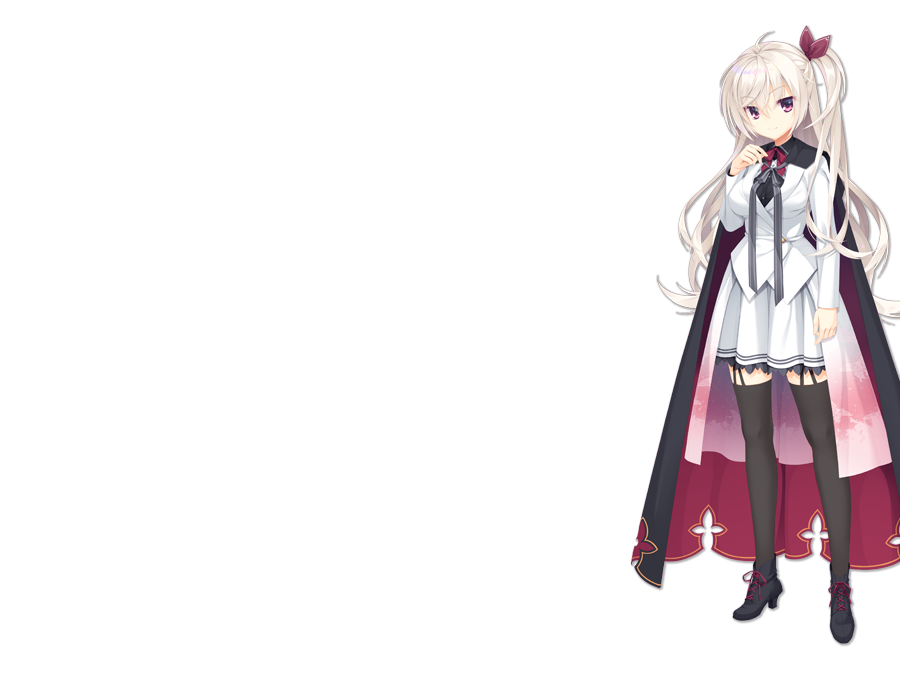 A death goddess who has lived for over 100 years.

She has great difficulty operating modern-day technology,
instruments, and tools.
Her worldly knowledge is at about the level of a grandma living in the country.

Even though she's lived over a century,
she's a very down-to-earth person.
She's friendly, easy to get along with,
and can be teasing at times.
However, on rare occasion, you will see her act
befitting of someone who's lived as long as she has. 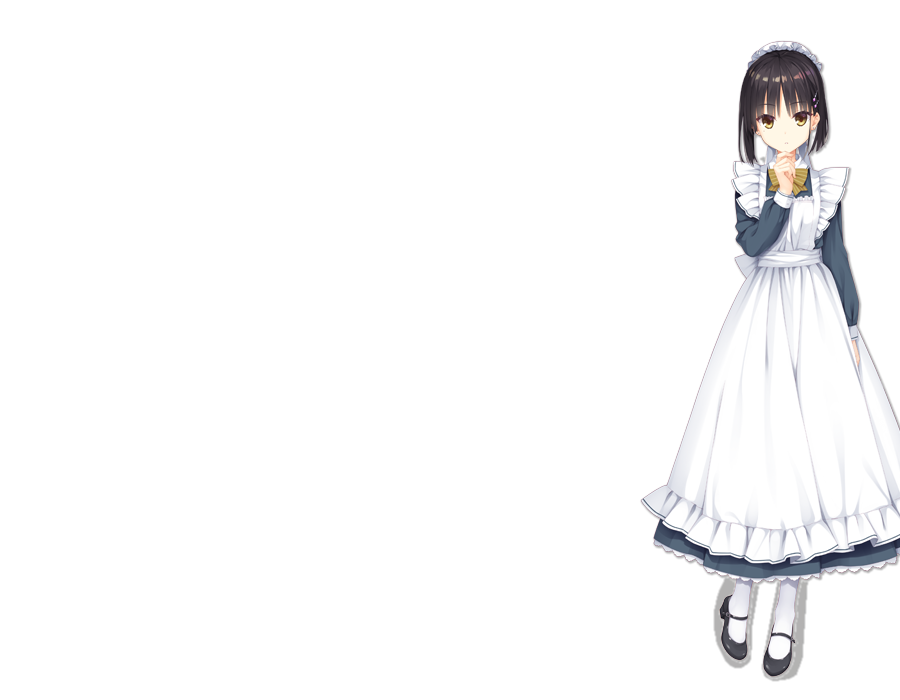 A girl who goes to the same university as the protagonist.
People view her as a cool, calm type of person,
but in reality, that isn't the case.
She simply has trouble expressing her emotions.

She's also rather innocent, so even the slightest
mention of anything sexual will have her blushing from ear to ear.

At university, she's particularly annoyed by
the carefree, fraternity types that love to drink.
She hates them, and as such, avoids
them as much as physically possible. 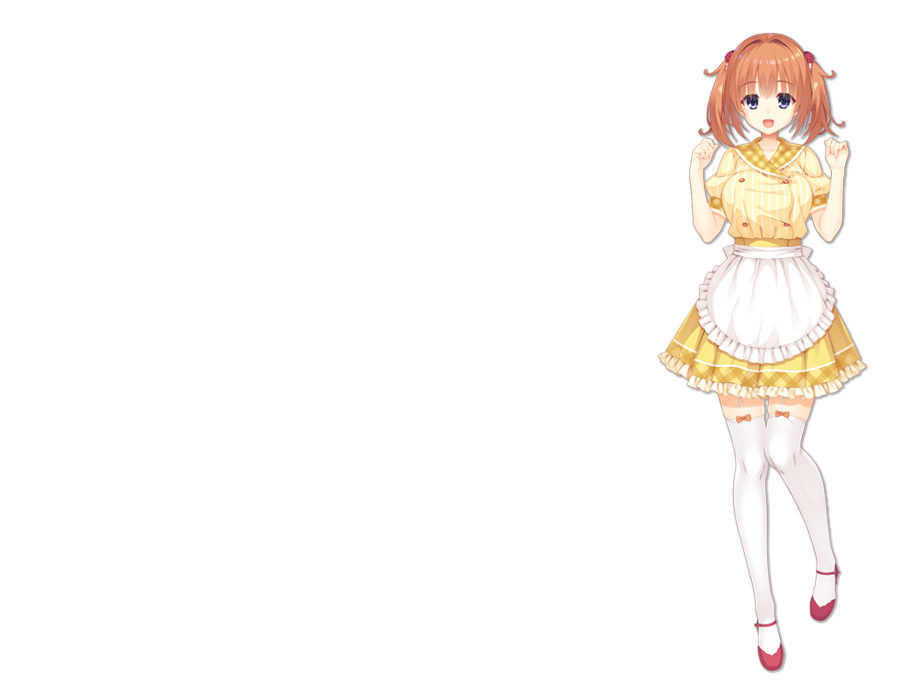 The protagonist's childhood friend. She's cheerful, straightforward, and kind.
Even though she's younger than the protagonist,
their long acquaintance since childhood causes
her to be more blunt than usual around him.

Her family owns a shinto shrine, where she helps out
and occasionally does shrine maiden duties.
As a girl, she is quite conscientious of her weight,
but put something she likes in front of her, and she can't resist.
She always succumbs to the temptation of good food,
and comes to greatly regret it when she gets
on the scale afterward. 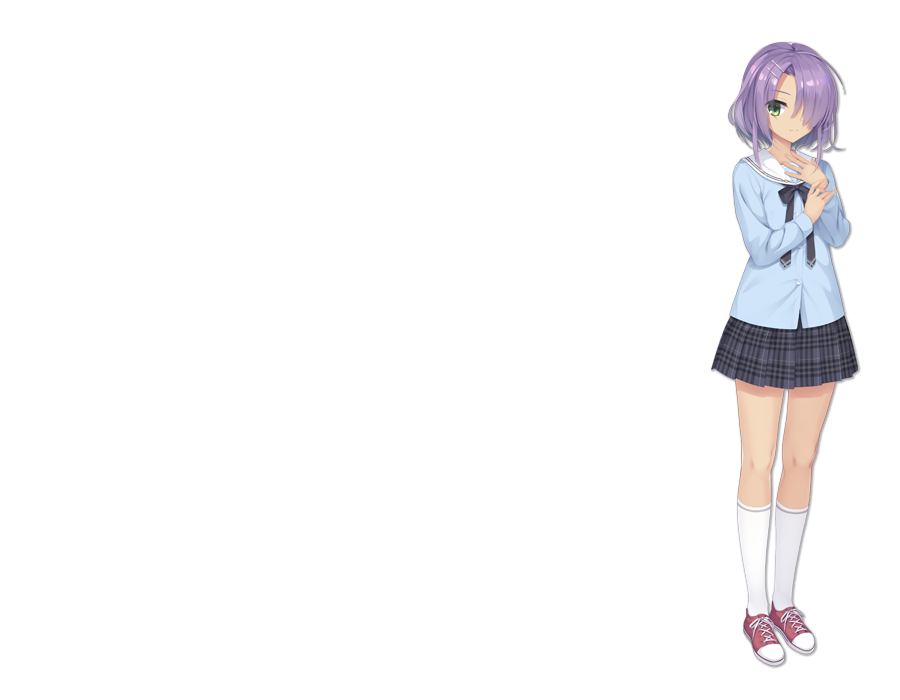 A spirited girl who's full of energy.
Her personality is so straightforward you'd never believe she could tell a lie.
She has trouble processing complicated things,
so she prefers things simple and easy to understand.

She's friends with Nozomi, and although they don't go
to school together anymore, they used to have classes together.

She has a clear childish side to her.
She loves stuffed animals and everything cute.
Similarly, she loves being pampered, especially by her parents,
which is why she hates doing chores around the house. 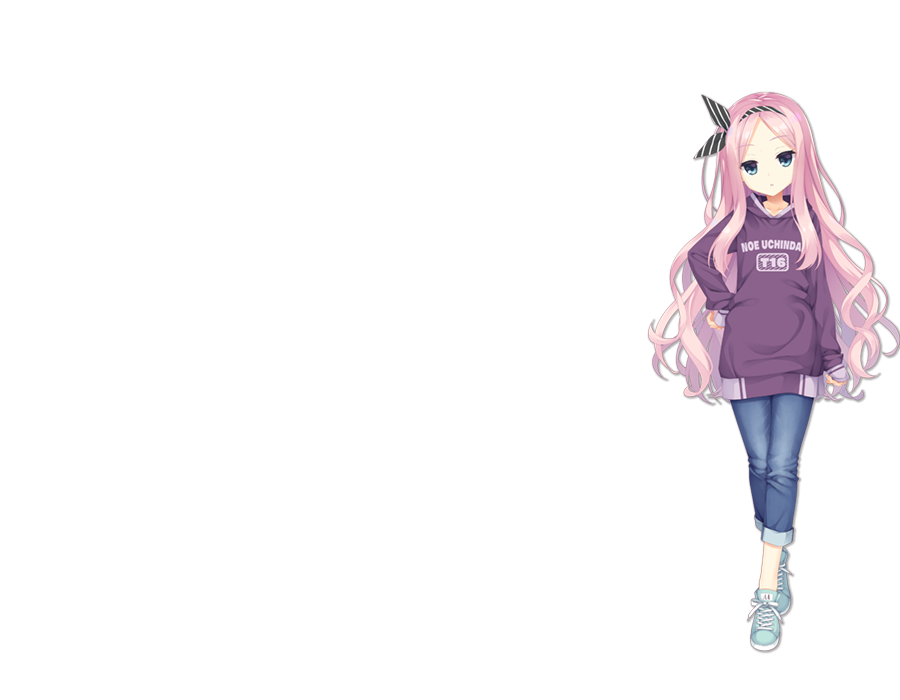 A patissiere girl who works at the cafe. Older sister of Hiroto.

She has a friendly, candid personality, but can also be rather lazy.
She never helps out with chores at her parents'
house nor her apartment where she lives by herself,
which has caused it to become quite messy.

But she takes her work at the cafe very seriously,
and you'll never find her slacking off.
She's very particular about sweets, and stays true to her methods
when it comes to making them.
This does cause her to butt heads with those who disagree with her quite often, however.

A cat that walks upright and speaks in human language. He is the "Cat Sith," a mythological fairy creature. He helps the death god/goddess' in their work carrying the souls of the dead to the afterlife. He was born into royalty in his home world, the cat world, and is quite prideful because of that. His taste in food is very refined, so he doesn't like eating dry cat food.

The protagonist's father. He makes a living doing art and interior design commissions, mostly as a front for him to go overseas and check out different countries. He and Nozomi's father are longtime friends, so their families are well-acquainted.

The protagonist's university buddy who's in the same major program as he is. He's a very social person, and he and the protagonist often joke and laugh around about dumb things. He is also the younger brother of Suzune. While they get along just fine, he's a bit scared of her due to her exerting her authority as the older one over him for many years.。